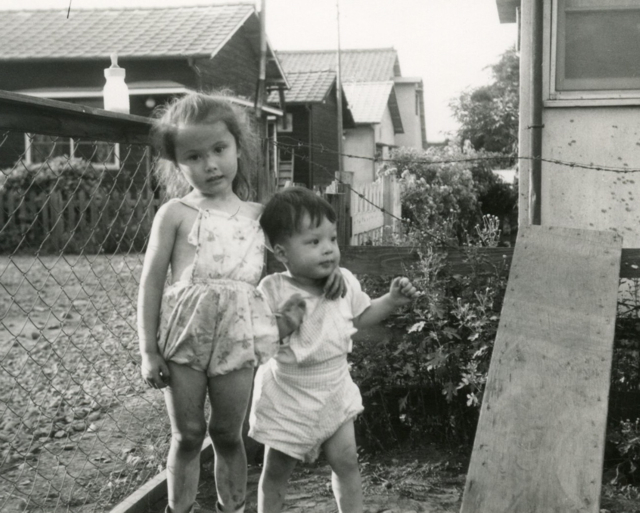 Thanksgiving meal with my brother went well till my husband and I noticed the duct tape wrapped around Jackâ€™s fingers.

I asked â€œhow?â€ and there was a long pause, a pause thatâ€™s been indicative of the thing we donâ€™t talk about if we can avoid it: his bottle collecting. He collects and hoards bottles, cans and even crushed cans and plastic bottles.Â After one of my many interrogations, Jack once confessed he blew air into them so he could put them through the bottle return machines.

â€œYou put your lips on these bottles?â€ I once asked him with a measure of undisguised disgust. He simply shrugged his sullen teenager shrug, which is far from appealing coming on a middle-aged man.

â€œDo you know what kind of germs or illnesses you can get?â€ I said, barely containing my fear for him.

But on this Thanksgiving night he bore proof of the hazards of his collecting. I looked at the duct tape binding his index and middle fingers. It looked like he hadnâ€™t changed the dressing in days

â€œDid you do this digging around a dumpster?â€ I asked him.

He confessed he was searching through our neighborâ€™s recycling bins. Â He used to solely collect out of business and apartment dumpsters but like has moved onto rummaging through curbside bins on trash days like many street people now do. He confessed his cuts came from a tin can he got in one of the bins.

As much as Iâ€™m a proponent of recycling, Iâ€™ve come to resent the financial incentives to return containers for a nickel or a dime. This feeds on my brotherâ€™s compulsion to hoard dozens of bags, which he stores in his driveway and inside his compact car. Regardless that heâ€™s taking away the livelihood of unhoused people, Jack has no qualms about going undercover and dressing like a street person when he goes collecting.

We finished Thanksgiving dinner early so I could look at fingers. I had to cut through the duct tape because it had become fused to his skin.

â€œHow long have you had this tape on?â€

I looked at the cut. Deep. It could have used stitches but it was too late now. The cut was gaping with flesh exposed. It would heal that way. We bandaged the wounds as best as we could. The next day I took him to our family clinic. I was relieved when the nurse practitioner said it wasnâ€™t infected.

I tried to get Jack to describe to the nurse how he cut his fingers; how he hoards cans and bottles; how he drives around in a car stacked with bags of bottles all around him with barely enough room to drive; how he has have obsessive compulsive disorder.Â  But Jack has the ability to downplay his behavior when talking with a professional who could potentially help him. Some years ago I made appointments for him to see a low-cost social worker for therapy. After several months, the social worker plainly told my husband and me that it would be easier for us if we just accepted there was nothing we could do about his behavior.

Iâ€™ve been a caretaker for my family since childhood when my mother didnâ€™t understand English and I had to translate and read for her. When people have asked why Iâ€™ve never had children or if I even want children, my response has been â€œWhy? I have my family.â€ It was hard to see how I could raise children when my mother had been a child and dependent first on my father before he died, and then me and my brother. My sense of filial duty to my mother was so strong that I gave up three years of my life to care for when she was dying.

In Chinese there is a term called Ko-Guâ€”the epitome of filial duty. There is a Buddhist story about Princess Miaoshan, a woman who saves her father by cutting off her arms and gouging out her eyes for the ingredients of a healing potion to save her father. Her sacrifice led to her ultimate enlightenment to become the female Buddha, Kuan Yin. Ko-Gu is fundamental concept for any Chinese daughter, especially one with a Tiger Mom. In order to save my motherâ€™s life, I performed a symbolic Ko-Gu and gave up a part of my life to try to save hers as she battled breast cancer. When she passed on, my familial burden shifted to caring for my brother and dealing with his illness for collecting and hoarding.

Thatâ€™s not to say itâ€™s all burden. My brother and I enjoy watching our sci-fi shows and movies together. Â He is the last of my blood family and we share our past and memories of childhood that no one else could know and heâ€™s still one of the sweetest people I know.

And so this Christmas, my brother and I had our meal cooked by my understanding husband. Our small family unit is far from idyllic but Iâ€™ve come to accept that if we can have a calm peaceful holiday with no gaping wounds to bind, then it will indeed be enough.