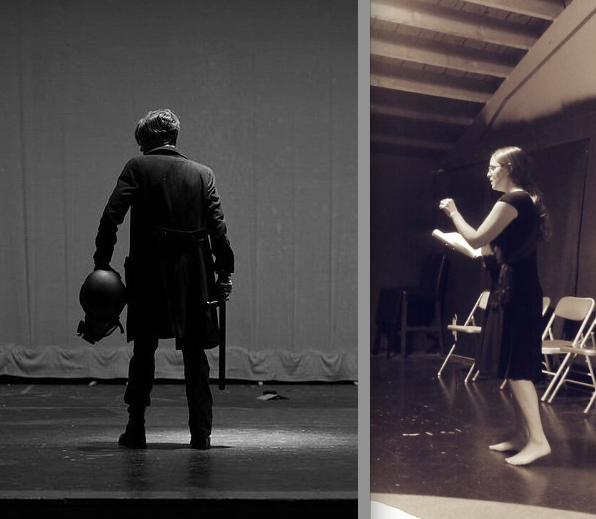 Dmae Roberts features two contemporary shows that are adapted from classical works. She talks with Kate Belden of Polymath Art Theatre and their adaption of Macbeth, a Dark Retelling and Jeffrey Puukka who adapted and directs Women of Troy forÂ Play On Words. We’ll hear about the process of making classical works responsive to today. Both shows features domestic abuse and a violence in society.Â

Synopsis: An uncomfortable look into the Macbeth story with a stark examination of domestic abuse and the culture that supports it. In a world not too unfamiliar with our own, Lady Macbeth strives to make the best of her unfortunate position, a woman locked in a society that has no sympathy for the abuse she suffers. Driven to violence by her unyielding circumstances, she drives her husband to high treason and brings wide spread slaughter to all the land. Only an unlikely hero can salvage what’s left after men have brought about the means for their own destruction.
Trigger Warning:Â This production will contain triggers regarding Domestic Abuse and Violence.
Run Time:Â 90 Minutes
Location:Â Lightbox Kulturhaus (2027 NE MLK Jr Blvd, Portland OR)
Dates:Â October 29th, 30th, and November 5th, 6th, 7th, 12th, 13th, and 14th
Curtain:Â 8:00 PM
Saturday MatinÃ©e:Â 2:00 PM
More info at:Â Polymath Art Theatre
Price: $20 Recomended Donation

Synopsis: In the dead of night, Troy was massacred. By morning, all men are dead, and the capitalÂ burns. The women and children left alive try to cope with the new â€˜normalâ€™. The occupying GreekÂ power grapples with the aftershocks of a war that has lasted ten years.Â Since it premiered in 415Â BCE, Euripidesâ€™ masterwork has been celebrated as a titan of world literature,Â and a play of surpassing power and humanitarian worth.Â This is not the museumâ€™s Greek Play. PoWâ€™s bold new version is not the museumâ€™s Greek play. POWâ€™sÂ contemporary retelling pays homage to civilian victims of conflict, and honors the struggle individualÂ soldiers endure to keep light in their hearts during and after duty.